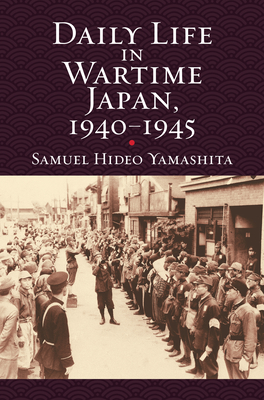 By Samuel Hideo Yamashita
List Price: $27.95
Our Price: $24.95
(Save: $3.00 11%)
On Our Shelves Now
The population of wartime Japan (1940-1945) has remained a largely faceless enemy to most Americans thanks to the distortions of US wartime propaganda, popular culture, and news reports. At a time when this country's wartime experiences are slowly and belatedly coming into focus, this remarkable book by Samuel Yamashita offers an intimate picture of what life was like for ordinary Japanese during the war. Drawing upon diaries and letters written by servicemen, kamikaze pilots, evacuated children, and teenagers and adults mobilized for war work in the big cities, provincial towns, and rural communities, Yamashita lets us hear for the first time the rich mix of voices speaking in every register during the course of the war. Here is the housewife struggling to feed her family while supporting the war effort; the eager conscript from snow country enduring the harshest, most abusive training imaginable in order to learn how to fly; the Tokyo teenagers made to work in wartime factories; the children taken from cities to live in the countryside away from their families and with little food and no privacy; the Kyushu farmers pressured to grow ever more rice and wheat with fewer hands and less fertilizer; and the Kyoto octogenarian driven to thoughts of suicide by his inability to contribute to the war. How these ordinary Japanese coped with wartime hardships and dangers, and how their views changed over time as disillusionment, impatience, and sometimes despair set in, is the story that Yamashita's book brings to the American reader. A history of life during war, Daily Life in Wartime Japan, 1940-1945 is also a glimpse of a now-vanished world.