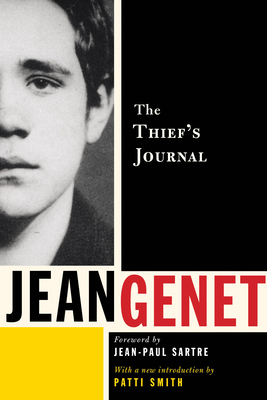 
On Our Shelves Now
First published in France in 1949, The Thief's Journal is Jean Genet's iconic work of autobiographical fiction. This new edition brings his legendary genius to future generations of readers, with an introduction by Genet's great admirer, Patti Smith. From a prison cell, the journal's narrator recounts his travels across Europe in the 1930s--as a vagabond, pickpocket, and occasional prostitute--in pursuit of spiritual fulfilment through erotic trysts and evil deeds. Worshipping his own holy trinity of homosexuality, theft, and betrayal, he conducts every burglary, and each sexual encounter, with the elaborate, reverent ritual of a religious ceremony. Dressed in rags and stealing for his survival, he must evade the authorities for as long as possible. A sensuous and philosophical reverie on freedom within confinement, the heroism of the outlaw, and deception as the ultimate act of devotion, The Thief's Journal exemplifies the exquisitely lyrical combination of fact and fiction that made Genet a major figure in world literature.
Jean Genet (1910 - 1986) was "a pioneering author of confessional novels and a dramatist of the first magnitude" (New York Times). His many books include Our Lady of the Flowers, Querelle, The Miracle of the Rose, Funeral Rites, The Balcony, The Maids and Deathwatch, The Blacks, and The Screens.