END_OF_DOCUMENT_TOKEN_TO_BE_REPLACED

Red Star Over China: The Classic Account of the Birth of Chinese Communism (Paperback) 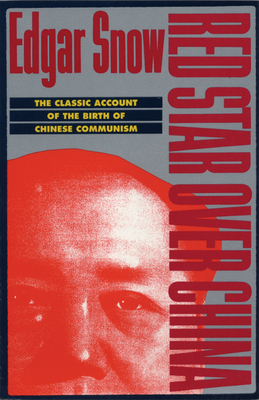 The first Westerner to meet Mao Tse-tung and the Chinese Communist leaders in 1936, Edgar Snow came away with the first authorized account of Mao's life, as well as a history of the famous Long March and the men and women who were responsible for the Chinese revolution. Out of that experience came Red Star Over China, a classic work that remains one of the most important books ever written about the birth of the Communist movement in China. This edition includes extensive notes on military and political developments in China, further interviews with Mao Tse-tung, a chronology covering 125 years of Chinese revolution, and nearly a hundred detailed biographies of the men and women who were instrumental in making China what it is today.

Edgar Snow, a native of Missouri, went to the Far East when he was twenty-two. He made his home in China for twelve years, studied the country and the language, and lectured at Yenching University in Peking, where his friends included students who are among China's leaders today. As a foreign correspondent in China, Burma, India, and Indochina he worked successively for the Chicago Tribue, New York Sun, New York Herald Tribune and London Daily Herald. Then, as associate editor of the Saturday Evening Post, he reported wartime and postwar events in Asia and Europe and became its widely quoted specialist on China, India, and the U.S.S.R. He is the author of eleven books, including The Battle for Asia, People on Our Side, , Journey to the Beginning, Red China Today: The Other Side of the River, and The Long Revolution. He died in 1972