The Forever Prisoner: The Full and Searing Account of the Cia's Most Controversial Covert Program (Hardcover) 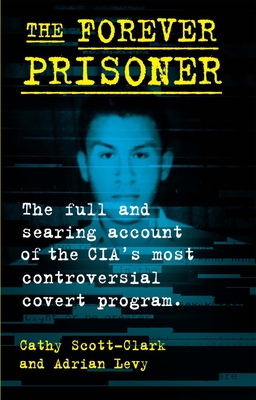 The Forever Prisoner: The Full and Searing Account of the Cia's Most Controversial Covert Program (Hardcover)


On Our Shelves Now
Some argued it would save the U.S. after 9/11. Instead, the CIA's enhanced interrogation program came to be defined as American torture. The Forever Prisoner, a primary source for the recent HBO Max film directed by Academy Award winner Alex Gibney, exposes the full story behind the most divisive CIA operation in living memory.Six months after 9/11, the CIA captured Abu Zubaydah and announced he was number three in Al Qaeda. Frantic to thwart a much-feared second wave of attacks, the U.S. rendered him to a secret black site in Thailand, where he collided with retired Air Force psychologist James Mitchell. Arguing that Abu Zubaydah had been trained to resist interrogation and was withholding vital clues, the CIA authorized Mitchell and others to use brutal "enhanced interrogation techniques" that would have violated U.S. and international laws had not government lawyers rewritten the rulebook.In The Forever Prisoner, Cathy Scott-Clark and Adrian Levy recount dramatic scenes inside multiple black sites around the world through the eyes of those who were there, trace the twisted legal justifications, and chart how enhanced interrogation, a key "weapon" in the global "War on Terror," metastasized over seven years, encompassing dozens of detainees in multiple locations, some of whom died. Ultimately that war has cost 8 trillion dollars, 900,000 lives, and displaced 38 million people--while the U.S. Senate judged enhanced interrogation was torture and had produced zero high-value intelligence. Yet numerous men, including Abu Zubaydah, remain imprisoned in Guantanamo, never charged with any crimes, in contravention of America's ideals of justice and due process, because their trials would reveal the extreme brutality they experienced.Based on four years of intensive reporting, on interviews with key protagonists who speak candidly for the first time, and on thousands of previously classified documents, The Forever Prisoner is a powerful chronicle of a shocking experiment that remains in the headlines twenty years after its inception, even as US government officials continue to thwart efforts to expose war crimes.Silenced by a CIA pledge to keep him imprisoned and incommunicado forever, Abu Zubaydah speaks loudly through these pages, prompting the question as to whether he and others remain detained not because of what they did to us but because of what we did to them.
CATHY SCOTT-CLARK and ADRIAN LEVY are the authors of highly acclaimed books, including The Exile, Deception, The Siege, The Amber Room, and The Stone of Heaven. Writing for the Sunday Times and the Guardian, they have won the One World award for foreign reporting and in 2009 were voted One World Media's Press Journalists of the Year, and they won the 2016 CWA Gold Dagger for Non-Fiction. They live in London.