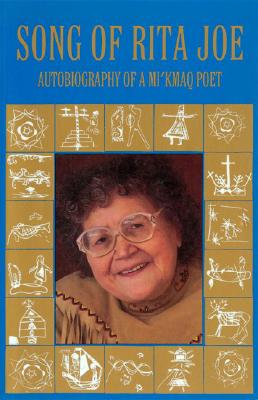 
On Our Shelves Now
Here is the enlightening story of an esteemed and eloquent Mi’kmaq woman whose message of “gentle persuasion” has enriched the life of a nation.

Rita Joe is celebrated as a poet, an educator, and an ambassador. In 1989, she accepted the Order of Canada “on behalf of native people across the nation.” In this spirit she tells her story and, by her example, illustrates the experiences of an entire generation of aboriginal women in Canada.

Song of Rita Joe is the story of Joe’s remarkable life: her education in an Indian residential school, her turbulent marriage, and the daily struggles within her family and community. It is the story of how Joe’s battles with racism, sexism, poverty, and personal demons became the catalyst for her first poems and allowed her to reclaim her aboriginal heritage. Today, her story continues: as she moves into old age, Joe writes that her lifelong spiritual quest is ever deepening.

Celebrated Mi’kmaq poet Rita Joe is much in demand as a storyteller and spokesperson for First Peoples across Canada and the United States. Her poetry has been widely anthologized, in particular in educational materials. Born in Whycocomagh, Cape Breton Island, Rita Joe now resides on the Eskasoni Reserve on the Bras d’Or Lakes.