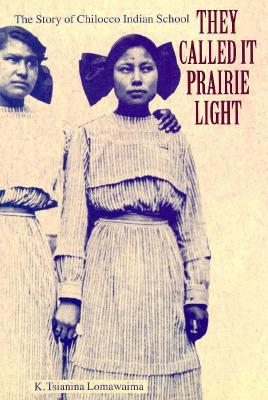 
On Our Shelves Now
Established in 1884 and operative for nearly a century, the Chilocco Indian School in Oklahoma was one of a series of off-reservation boarding schools intended to assimilate American Indian children into mainstream American life. Critics have characterized the schools as destroyers of Indian communities and cultures, but the reality that K. Tsianina Lomawaima discloses was much more complex.

Lomawaima allows the Chilocco students to speak for themselves. In recollections juxtaposed against the official records of racist ideology and repressive practice, students from the 1920s and 1930s recall their loneliness and demoralization but also remember with pride the love and mutual support binding them together—the forging of new pan-Indian identities and reinforcement of old tribal ones.

K. Tsianina Lomawaima is an associate professor of American Indian Studies at the University of Arizona and the daughter of a former Chilocco student.
“[An] engaging and insightful book. . . . The author steers a thoughtful course through this material: her prose is lucid, her judgments carefully weighed. She tempers the seriousness of her undertaking with compassion and, at times, humor—always responding faithfully to the voices she records.”—Native Peoples

“An inspiring and illuminating case study that should be included in the library of anyone interested in Indian-white relations and Indian history.”—Western Historical Quarterly