The Pink Triangle: The Nazi War Against Homosexuals (Paperback) 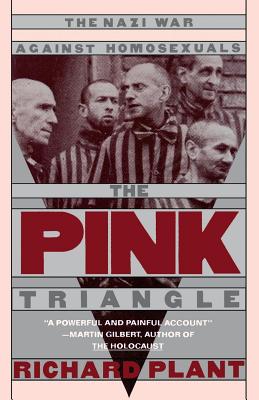 The Pink Triangle: The Nazi War Against Homosexuals (Paperback)

This is the first comprehensive book in English on the fate of the homosexuals in Nazi Germany. The author, a German refugee, examines the climate and conditions that gave rise to a vicious campaign against Germany's gays, as directed by Himmler and his SS--persecution that resulted in tens of thousands of arrests and thousands of deaths.

In this Nazi crusade, homosexual prisoners were confined to death camps where, forced to wear pink triangles, they constituted the lowest rung in the camp hierarchy. The horror of camp life is described through diaries, previously untranslated documents, and interviews with and letters from survivors, revealing how the anti-homosexual campaign was conducted, the crackpot homophobic fantasies that fueled it, the men who made it possible, and those who were its victims, this chilling book sheds light on a corner of twentieth-century history that has been hidden in the shadows much too long.

Richard Plant was born in Frankfurt and was a graduate of the University of Basel, where he earned his Ph.D. Since emigrating to the United States in 1938, he has contributed numerous articles to many publications, and teaches at the New School for Social Research in New York City. He is the author of The Pink Triangle: The Nazi War Against Homosexuals.

“A powerful and painful account.” —Martin Gilbert, author of The Holocaust

“A valuable contribution . . . the lesson that The Pink Triangle elicits from the Holocaust is the realization that we are still haunted by the specters of the Third Reich.” —San Francisco Chronicle

“A strong book, not easy to put down . . . Mr. Plant writes convincingly, keeps clear of sentiment, and lays bare a particularly fearful corner of mid-twentieth century inhumanity.” —The Economist