END_OF_DOCUMENT_TOKEN_TO_BE_REPLACED

Let Me Be Free: The Nez Perce Tragedy (Paperback) 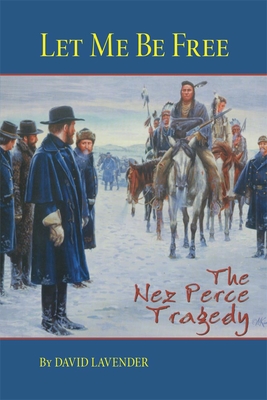 In Let Me Be Free, David Lavender tells the tragic story of the Nez Perce struggle against annihilation. Encroaching settlers and violent disputes resulted in the Nez Perce War of 1877, a desperate attempt by Chief Joseph and his small band of Nez Perce Indians from the Wallowa Mountains of Oregon to elude strong forces of U.S. Cavalry and civilian volunteers and escape to Canada.