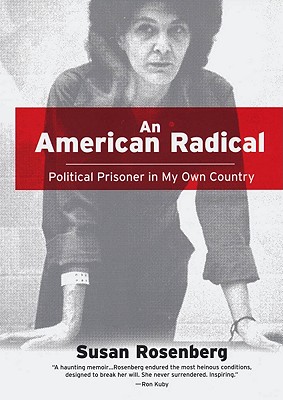 By Susan Rosenberg
List Price: $20.00
Our Price: $14.95
(Save: $5.05 25%)
On Our Shelves Now
On a November night in 1984, Susan Rosenberg sat in the passenger seat of a U-Haul as it swerved along the New Jersey Turnpike. At the wheel was a fellow political activist. In the back were 740 pounds of dynamite and assorted guns. That night I still believed with all my heart that what Che Guevara had said about revolutionaries being motivated by love was true. I also believed that our government ruled the world by force and that it was necessary to oppose it with force. Raised on New York City's Upper West Side, Rosenberg had been politically active since high school, involved in the black liberation movement and protesting repressive U.S. policies around the world and here at home. At twenty-nine, she was on the FBI's Most Wanted list. While unloading the U-Haul at a storage facility, Rosenberg was arrested and sentenced to an unprecedented 58 years for possession of weapons and explosives. I could not see the long distance I had traveled from my commitment to justice and equality to stockpiling guns and dynamite. Seeing that would take years. Rosenberg served sixteen years in some of the worst maximum-security prisons in the United States before being pardoned by President Clinton as he left office in 2001. Now, in a story that is both a powerful memoir and a profound indictment of the U.S. prison system, Rosenberg recounts her journey from the impassioned idealism of the 1960s to life as a political prisoner in her own country, subjected to dehumanizing treatment, yet touched by moments of grace and solidarity. Candid and eloquent, An American Radical reveals the woman behind the controversy--and reflects America's turbulent coming-of-age over the past half century.