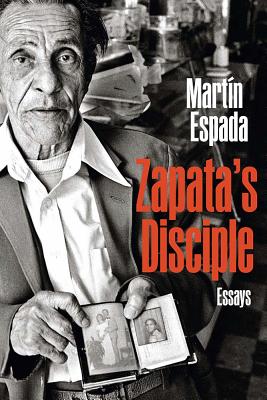 The ferocious acumen with which the award-winning poet Martín Espada attacks issues of social injustice in Zapata’s Disciple makes it no surprise that the book has been the subject of bans in both Arizona and Texas, targeted for its presence in the Mexican American Studies curriculum of Tucson’s schools and for its potential to incite a riot among Texas prison populations. This new edition of Zapata’s Disciple, which won the 1999 Independent Publisher Book Award for Essay / Creative Nonfiction, opens with an introduction in which the author chronicles this history of censorship and continues his lifelong fight for freedom of expression. A dozen of Espada’s poems, tender and wry as they are powerful, interweave with essays that address the denigration of the Spanish language by American cultural arbiters, castigate Nike for the exploitation of its workers, reflect upon National Public Radio’s censorship of Espada’s poem about Mumia Abu- Jamal, and more. Zapata’s Disciple is a potent assault on the continued marginalization of Latinos and other poor and working-class citizens in American society, and the collection breathes with a revolutionary zeal that is as relevant now as when it was first published.

MARTÍN ESPADA, born in Brooklyn in 1957, has been called the Latino poet of his generation. The author of fourteen collections of poetry, he is also an editor, essayist, and translator. He is currently a professor in the Department of English at the University of Massachusetts–Amherst.

"After all, 'any progressive social change must be imagined first,' and lately Espada has been doing a lot of imagination. Here he sets down not merely the basis of his convictions but their putative outcome. He has clarified an aesthetics of activism."—American Book Review

"No, this is not an instruction manual on how to overthrow the government. This a manual on how to save a people. And  to jaded eyes and ears it will seem I mean only a few people. I mean us all, all of the people."—Tony Diaz, founder of Librotraficante

"In this book, full of Martin Espada's intelligence and heart, poetry emerges as passionate artistic practice, and essays as acts of tough-minded engagement."—Adrienne Rich

"The essays are beautifully written, disciplined, reasoned and wise... It is a dignity enhancing book. A freedom enhancing book. Given that it is banned, those of us with the freedom to make a noise and to ensure it is read as widely as possible should do so. Martin Espada is an excellent poet and essayist and a man who has never compromised in his defense of democracy and his opposition to all forms of tyranny." —Alan Dent, Mistress Quickly's Bed

"In this finely wrought collection of essays, Martin Espada embodies the heroic character of the poet who intersects truths with beauty. Keep telling our truths, carnal. Keep singing for us their horrible beauty!" —Luis J. Rodriguez, Poet Laureate of Los Angeles and author of Always Running: La Vida Loca: Gang Days in L.A.