END_OF_DOCUMENT_TOKEN_TO_BE_REPLACED

The Collected Poems of Sterling A. Brown (Paperback) 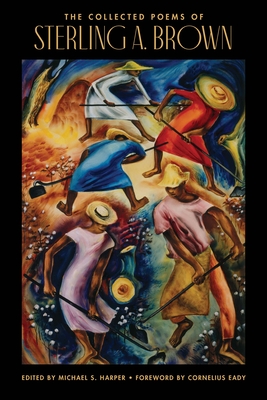 Sterling A. Brown was renowned for his trenchant poetry and scholarship on African American folklife. A contemporary of Langston Hughes, Claude McKay, and Jean Toomer, Brown became the first poet laureate of the District of Columbia. His celebrated works, including Southern Road, address issues of race through collages of narrative and dialect unique to Brown’s unflinching poetic voice.

Edited by the late distinguished poet Michael S. Harper, this classic collection includes a new foreword by award-winning poet Cornelius Eady and the original introduction by Michael S. Harper, as well as introductions to Southern Road by James Weldon Johnson and Sterling Stuckey. The result is a tour de force by one of the most distinctive poets in American letters.

STERLING A. BROWN (1901–1989) was one of the most important and influential figures in the development of African American literature and criticism in the twentieth century. Born in Washington, D.C., he was not only a poet but also a distinguished folklorist, anthologist, critic, and reviewer. Brown was a professor at Howard University for forty years.

CORNELIUS EADY is the author of numerous books of poetry, including Hardheaded Weather and The Gathering of My Name. He is the cofounder of Cave Canem.

“Sterling Brown’s poetry should be in print in perpetuity. Its meanings, legends, melodies, and mythologies could only have been shaped by a Black American throat. Sterling Brown's poems have the power of revival music, the declaration of great oratory, and the sonorous crooning of a young man in love.” —Maya Angelou