Nazi Literature in the Americas (Paperback) 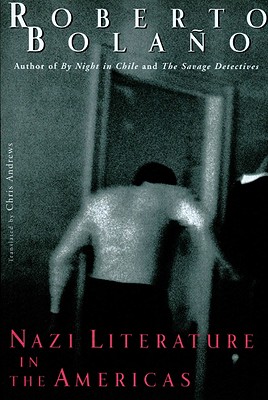 Nazi Literature in the Americas (Paperback)

Nazi Literature in the Americas was the first of Roberto Bolano's books to reach a wide public. When it was published by Seix Barral in 1996, critics in Spain were quick to recognize the arrival of an important new talent. The book presents itself as a biographical dictionary of American writers who flirted with or espoused extreme right-wing ideologies in the twentieth and twenty-first centuries. It is a tour de force of black humor and imaginary erudition.

Nazi Literature in the Americas is composed of short biographies, including descriptions of the writers' works, plus an epilogue ("for Monsters"), which includes even briefer biographies of persons mentioned in passing. All of the writers are imaginary, although they are all carefully and credibly situated in real literary worlds. Ernesto Pérez Masón, for example, in the sample included here, is an imaginary member of the real Orígenes group in Cuba, and his farcical clashes with José Lezama Lima recall stories about the spats between Lezama Lima and Virgilio Pinera, as recounted in Guillermo Cabrera Infante's Mea Cuba. The origins of the imaginary writers are diverse. Authors from twelve different countries are included. The countries with the most representatives are Argentina (8) and the USA (7).

Author of 2666 and many other acclaimed works, Roberto Bolano (1953-2003) was born in Santiago, Chile, and later lived in Mexico, Paris, and Spain. He has been acclaimed “by far the most exciting writer to come from south of the Rio Grande in a long time” (Ilan Stavans, The Los Angeles Times),” and as “the real thing and the rarest” (Susan Sontag). Among his many prizes are the extremely prestigious Herralde de Novela Award and the Premio Rómulo Gallegos. He was widely considered to be the greatest Latin American writer of his generation. He wrote nine novels, two story collections, and five books of poetry, before dying in July 2003 at the age of 50.

Chris Andrews was born in Newcastle, Australia, in 1962. He studied at the University of Melbourne and taught there, in the French program, from 1995 to 2008. He also taught at the University of Western Sydney, where he was a member of the Writing and Society Research Center. As well as translating nine books by Roberto Bolano and ten books (and counting) by César Aira, he also brought the French author Kaouther Adimi’s Our Riches into English for New Directions. Andrews has won the Valle-Inclán Prize and the French-American Foundation Translation Prize for his translations. Additionally, he has published the critical studies Poetry and Cosmogony: Science in the Writing of Queneau and Ponge and Roberto Bolano's Fiction: An Expanding Universe as well as two collections of poems, Cut Lunch and Lime Green Chair, for which he won the Anthony Hecht Poetry Prize.
Nazi Literature in the Americas, a wicked invented encyclopedia of imaginary fascist writers and literary tastemakers, is Bolano playing with sharp, twisting knives. As if he were Borges’s wisecracking, sardonic son, Bolano has meticulously created a tightly woven network of far-right litterateurs and purveyors of belles lettres for whom Hitler was beauty, truth, and the great lost hope.

It is imaginative, full of a love for literature, and, unlikely as it may seem, exceptionally entertaining.
— Michael Dirda - The Washington Post

The wild inventiveness of Bolaño's evocations places them squarely in the realm of Borges—another writer who draws enormous power from the movement between the fictive and the real.
— Publishers Weekly