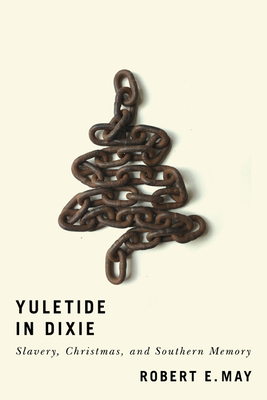 By Robert E. May

How did enslaved African Americans in the Old South really experience Christmas? Did Christmastime provide slaves with a lengthy and jubilant respite from labor and the whip, as is generally assumed, or is the story far more complex and troubling? In this provocative, revisionist, and sometimes chilling account, Robert E. May chides the conventional wisdom for simplifying black perspectives, uncritically accepting southern white literary tropes about the holiday, and overlooking evidence not only that countless southern whites passed Christmases fearful that their slaves would revolt but also that slavery's most punitive features persisted at holiday time.

In Yuletide in Dixie, May uncovers a dark reality that not only alters our understanding of that history but also sheds new light on the breakdown of slavery in the Civil War and how false assumptions about slave Christmases afterward became harnessed to myths undergirding white supremacy in the United States. By exposing the underside of slave Christmases, May helps us better understand the problematic stereotypes of modern southern historical tourism and why disputes over Confederate memory retain such staying power today. A major reinterpretation of human bondage, Yuletide in Dixie challenges disturbing myths embedded deeply in our culture.

Robert E. May is Professor Emeritus of History at Purdue University and the author of Slavery, Race, and Conquest in the Tropics: Lincoln, Douglas, and the Future of Latin America and other works about slavery and the South.