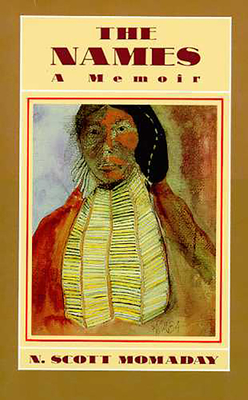 By N. Scott Momaday
List Price: $18.95
Our Price: $12.95
(Save: $6.00 32%)
On Our Shelves Now
Of all of the works of N. Scott Momaday,The Names may be the most personal. A memoir of his boyhood in Oklahoma and the Southwest, it is also described by Momaday as "an act of the imagination. When I turn my mind to my early life, it is the imaginative part of it that comes first and irresistibly into reach, and of that part I take hold." Complete with family photos, The Names is a book that will captivate readers who wish to experience the Native American way of life.
A preeminent practitioner of twentieth century literature, N. Scott Momaday is perhaps best known for having blazed a trail for contemporary Native American writers. A Pulitzer Prize winner and member of the American Academy of Arts and Sciences, Momaday in many respects is a class unto himself. Momaday is Regents Professor of English at the University of Arizona. A popular speaker, he narrated the PBS series The West.
"It is a search and a celebration, a book of identities and sources....Out of ordinary materials—genealogy, tribal tales, memories of a boyhood spent in Oklahoma, at Ship Rock in the Navajo country and at the Jemez pueblo, where his parents taught school—he has built a mystical, provocative book." —Wallace Stegner, New York Times

"A Native American version of Roots . . . full of the sense of wonder that characterizes classic American literature." —Choice

"Graceful, lucid prose...[Momaday] is forever an Indian and the reader understands why." —Atlantic Monthly

"With the eye of a painter and the voice of a poet, Momaday vividly recreates a childhood world of color, sound, and experience played out against the backdrop of tribal tales and in the shadow of revered forebears. . . . An eloquent statement of this distinguished Native American author's search for identity." —Journal of Arizona History