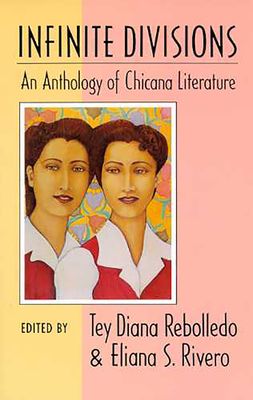 
On Our Shelves Now
Given the explosive creativity shown by Chicana writers over the past two decades, this first major anthology devoted to their work is a major contribution to American letters. It highlights the key issues, motifs, and concerns of Mexican American women from 1848 to the present, and particularly reflects the modern Chicana's struggle for identity. Among the recurring themes in the collection is a re-visioning of foremothers such as the historical Malinche, the mythical Llorona, and pioneering women who settled the American Southwest from the sixteenth to twentieth centuries. Also included are historical documents on the lives, culture, and writings of Mexican American women in the nineteenth century, as well as oral histories recorded by the Federal Writers Project in the 1930s.

Through poetry, fiction, drama, essay, and other forms, this landmark volume showcases the talents of more than fifty authors, including Gloria E. Anzaldúa, Ana Castillo, Lorna Dee Cervantes, Denise Chávez, Sandra Cisneros, Pat Mora, Cherríe Moraga, and María Helena Viramontes.
"There is simply no better anthology for readers wondering how to enter those borderlands Chicana writers have been occupying for the past decades. . . . A superb selection of poems, stories, essays and plays by fifty authors." —Women's Review of Books

"The hefty collection will satisfy more than one taste, whether literary, historical, or even sociological. There are many hours of enjoyment here, and many important lessons to be learned." —Booklist

"Undoubtedly will be the definitive text for some time to come on the subject of Chicana writers." —Bloomsbury Review

"A thorough volume that introduces the work of Chicana authors writing from 1848 to the present. . . . Excellent." —Sojourner