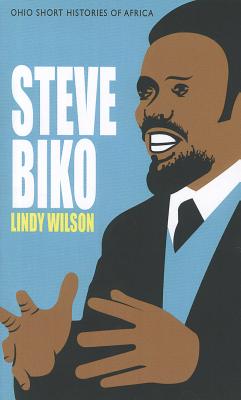 Steve Biko inspired a generation of black South Africans to claim their true identity and refuse to be a part of their own oppression. Through his example, he demonstrated fearlessness and self-esteem, and he led a black student movement countrywide that challenged and thwarted the culture of fear perpetuated by the apartheid regime. He paid the highest price with his life. The brutal circumstances of his death shocked the world and helped isolate his oppressors.

This short biography of Biko shows how fundamental he was to the reawakening and transformation of South Africa in the second half of the twentieth century—and just how relevant he remains. Biko’s understanding of black consciousness as a weapon of change could not be more relevant today to “restore people to their full humanity.”

As an important historical study, this book’s main sources were unique interviews done in 1989—before the end of apartheid—by the author with Biko’s acquaintances, many of whom have since died.

Lindy Wilson is an independent South African documentary filmmaker and writer. Her films include Crossroads, Last Supper in Hortsley Street, and Robben Island Our University.

“Ambitious and intelligent, Biko was pursuing a university education in South Africa when he energized a student movement in resistance to apartheid…. Wilson analyzes Biko’s legacy in the aftermath of apartheid and expresses continued concern about racial conflicts and growing concerns about class divisions.”—Booklist

“Throughout the text, Wilson brings to the fore Biko’s personality, drawing a portrait of a complex and charismatic man. VERDICT: The book, as a short history rather than an in-depth examination of a person or a movement, will be most useful for students, although it does assume a certain amount of knowledge.”—Library Journal

“Clear accessible language; a strong narrative [and] chronological structure; a balanced assessment in the portrayal of Biko.”—Laura J. Mitchell, University of California, Irvine