In Our Time: The Chamberlain-Hitler Collusion (Paperback) 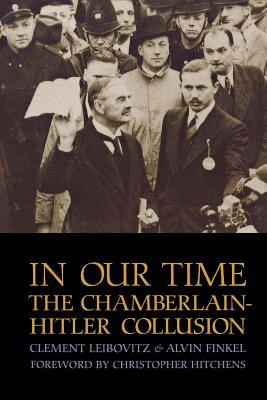 In Our Time: The Chamberlain-Hitler Collusion (Paperback)

When British Prime Minister Neville Chamberlain returned from his Munich meetings with Adolf Hitler in September 1938, he proclaimed that he held in his hands a document guaranteeing "peace in our time." In the decades since, Chamberlain's folly has become the occasion for a commonplace historical lesson: that when the "good" innocently accept the assurances of the "evil," the result is catastrophic. Clement Leibovitz and Alvin Finkel challenge the familiar understanding of Munich as the product of a naive "appeasement" of Nazi appetites. They argue that it was the culmination of cynical collaboration between the Tory government and the Nazis in the 1930s. Based upon a careful reading of official and unofficial correspondence, conference notes, cabinet minutes, and diaries, In Our Time documents the steps taken under diplomatic cover by the West to strike a bargain with Hitler based upon shared anti-Soviet premises. Munich, write the authors, "formalized what had been an informal understanding between Britain and Germany to that point, with France, with varying degrees of enthusiasm and reluctance, concurring: Germany could do as it wished in central and eastern Europe and the democracies were not to intervene, particularly should Germany carry its warfare to the Soviet Union." Gripping, direct, and detailed, In Our Time overturns the conventional wisdom about World War II, its roots, and its lessons. With profound implications for understanding international relations in the Cold War and after, it sheds new light on a signal event of the twentieth century.