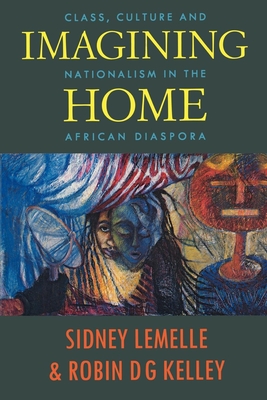 
On Our Shelves Now
This collection of original essays brilliantly interrogates the often ambivalent place of Africa in the imaginations, cultures and politics of its “New World” descendants. Combining literary analysis, history, biography, cultural studies, critical theory and politics, Imagining Home offers a fresh and creative approach to the history of Pan-Africanism and diasporic movements. A critical part of the book’s overall project is an examination of the legal, educational and political institutions and structures of domination over Africa and the African diaspora. Class and gender are placed at center stage alongside race in the exploration of how the discourses and practices of Pan-Africanism have been shaped.

Other issues raised include the myriad ways in which grassroots religious and cultural movements informed Pan-Africanist political organizations; the role of African, African-American and Caribbean intellectuals in the formation of Pan-African thought—including W.E.B. DuBois, C.L.R. James and Adelaide Casely Hayford; the historical, ideological and institutional connections between African-Americans and South Africans; and the problems and prospects of Pan-Africanism as an emancipatory strategy for black people throughout the Atlantic.
Sidney J. Lemelle is Professor of History and Black Studies and Chair of History at Pomona College.

Robin D.G. Kelley is Professor of American Studies and Ethnicity and History at the University of South California.

Paul Buhle,formerly a senior lecturer at Brown University, produces radical comics. He founded the SDS Journal Radical America and the archive Oral History of the American Left and, with Mari Jo Buhle, is coeditor of the Encyclopedia of the American Left. He lives in Madison.

Paul Gilroy is Professor of Social Theory at the London School of Economics and Political Science.