In the Middle of Nowhere (Paperback) 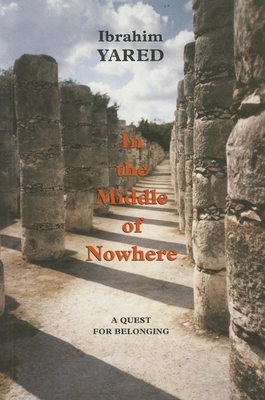 In the Middle of Nowhere (Paperback)


On Our Shelves Now
Later on, when Abe - now a young man with dreams of belonging - went to live in his parents' country, he went to the village of his family and had a tomb built in the churchyard for eventual use. Life went on, with work, children, schooling. Three decades later the tomb was still unoccupied when, during the civil war, the cemetery was destroyed. Abe's grandchildren joined the saga of emigration and started to become familiar with its pattern. During the twentieth century none of their ancestors - on their father's side as well as their mother's - spent their whole life in the same country. The different cemeteries in which each of them ended up indicated the itinerary of that saga. In an evocative series of reminiscences and personal recollections, Abe tries to approach the inner worlds of immigrants seeking to belong while still navigating in the middle of 'Nowhere'.
Ibrahim Yared was born in Egypt in 1925 and trained as an electrical engineer. He worked in Lebanon as a consultant for fifty years before retiring. He is the author of In the Middle of Nowhere: A Quest for Belonging and Watching from a Distance, also published by Saqi Books.