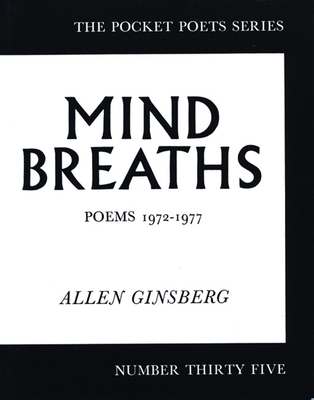 Allen Ginsberg's poems of the 1970's are a marvel, his new book, Mind Breaths, presenting a half dozen poems, probably more, that are first-rate Ginsberg. . . . The poems are there-on the page, in the book. They are called 'mind breaths.' No need to speak of kinds, qualities, degrees, the intellect's inevitable meanderings. The poems exist. Think of all the millions of things that might have gone otherwise, so that they might not exist. Our times are bleak enough, heaven knows, but at least we have this.--Hayden Carruth, New York Times

Allen Ginsberg is also the author of Howl and Other Poems, which was originally published by City Lights Books in the fall of 1956.