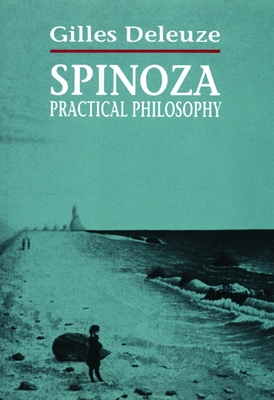 A concise and illuminating book about the Dutch philosopher Baruch Spinoza, one of the early thinkers of the Enlightenment and modern biblical criticism.

Spinoza's theoretical philosophy is one of the most radical attempts to construct a pure ontology with a single infinite substance. This book, which presents Spinoza's main ideas in dictionary form, has as its subject the opposition between ethics and morality, and the link between ethical and ontological propositions. His ethics is an ethology, rather than a moral science.

Attention has been drawn to Spinoza by deep ecologists such as Arne Naess, the Norwegian philosopher and this reading of Spinoza by Gilles Deleuze lends itself to a radical ecological ethic. As Robert Hurley says in his introduction, "Deleuze opens us to the idea that the elements of the different individuals we compose may be nonhuman within us. One wonders, finally, whether Man might be defined as a territory, a set of boundaries, a limit on existence.

Gilles Deleuze, known for his inquiries into desire, language, politics and power, finds a kinship between Spinoza and Nietzsche. He writes, Spinoza did not believe in hope or even in courage; he believed only in joy and in vision . . . he more than any other gave me the feeling of a gust of air from behind each time I read him, of a witch's broom that he makes one mount.

Gilles Deleuze was a professor of philosophy at the University of Paris at Vincennes.

Robert Hurley is the translator of Michel Foucault's History of Sexuality.

Gilles Deleuze (1925-1995) was a French philosopher whose writings influenced many philosophical disciplines such as literary theory, post-structuralism and postmodernism. He also taught philosophy at the University of Paris at Vicennes.Robert Hurley was a translator for many French philosophers including Michael Foucault (History of Sexuality), Gilles Deleuze and George Bataille (Theory of Religion).