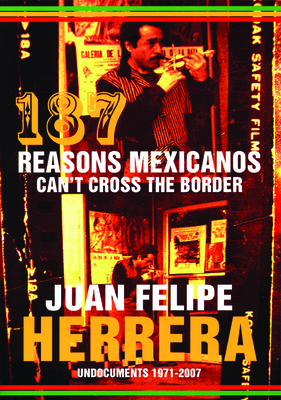 A hybrid collection of texts written and performed on the road, from Mexico City to San Francisco, from Central America to central California, illustrated throughout with photos and artwork. Rants, manifestos, newspaper cutups, street theater, anti-lectures, love poems, and riffs tell the story of what it's like to live outlaw and brown in the United States.

Juan Felipe Herrera is a professor of creative writing at the University of California, Riverside. The author of twenty-one books, he is also a community arts leader and a dynamic performer and actor. He is the son of Mexican immigrants and grew up in the migrant fields of California.

Juan Felipe Herrera has received numerous awards and fellowships. The author of 21 books, including fourteen collections of poetry, prose, short stories, young adult novels and children's books, he is also a community arts leader, working with at-risk youth and migrant communities. He is also a dynamic performer and actor who has appeared on stage and in film.