BAsics, from the talks and writings of Bob Avakian (Paperback) 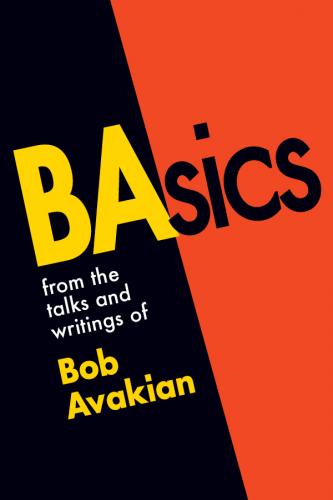 BAsics, from the talks and writings of Bob Avakian (Paperback)


On Our Shelves Now
"You can't change the world if you don't know the BAsics."

BAsics, from the talks and writings of Bob Avakian is a book of quotations and short essays that speaks powerfully to questions of revolution and human emancipation.

BAsics concentrates more than 30 years of Avakian's work. BAsics can not only introduce many more people to the thinking of the author who has put communism back on the agenda as a vital and viable forceÂ it can play a major role in bringing forward and forging a new wave of revolutionaries. To look at the table of contents...is to look at the key questions that present themselves to someone agonizing over the question of whether and how they can actually change the world in a fundamental and meaningful way.
Bob Avakian has dedicated his life since the 1960's to the cause of revolution and communism. While providing practical leadership to the revolutionary movement as Chairman of the Revolutionary Communist Party, USA, he has deeply studied and summed up the world historical experience of the communist revolution and the socialist societies it has brought into being---the great achievements and the serious problems and errors---and has studied many other fields of human experience and knowledge. He has advanced the science of communism and made decisive breakthroughs in the theory, method, and strategy of revolution and the final goal of communism throughout the world. Cornel West describes Avakian as someone who "is a long distance runner in the freedom struggle against imperialism, racism and capitalism" in his comment about Avakian's memoir, From Ike to Mao and Beyond, My Journey from Mainstream America to Revolutionary Communist.
Revolution's BAsics With Bob Avakian

One doesn't need a B.A. or a bachelor's degree to understand or to grasp the essential meaning of the lessons delivered in Bob Avakian's latest book, BAsics.

As in most of his books and columns in RevolutionÂ the Revolutionary Communist Party's paper from which much of BAsics is derivedÂ the writing is clear, the analogies simply conceived to breakdown complex issues, and the content absolutely relevant.

In the opening chapter on how a worldwide system of exploitation and oppression is created, Avakian, Chairman of the Revolutionary Communist Party, USA, offers one word: slavery.

" There would be no United States as we know it today without slavery," he writes. " That is a simple and basic truth." And this basic truth, which is given expansive annotation, is a recurring theme in the book and forges the foundation of his political thought, particularly his ideas on the remedies for capitalism and imperialism.

If it weren't for the often brutal exploitation of Black workers, Avakian contends, " There wouldn t even be a U.S. imperialism today."

That global imperialism, he continues, is at the core of U.S. world domination and the reason for the suffering of so many people. But if things are so terrible in America why are so many clamoring to get in, is a question he raises and answers. Because you have f---ed up the rest " of the world even worse than what you have done in this country," he concludes.

For the most part the book is a compilation of capsules, brief paragraphs that deal with a considerable number of social, political, and cultural issues. In his chapter, "Making Revolution," many of the questions raised by those who believe such a task much too daunting, if not impossible, Avakian is at his best, dispatching each concern in a rational and passionate way.

Any revolutionary struggle in the U.S. will have to include all of the various nationalities, which he perceives as pivotal. " But you're also never going to make revolution in this country without a vanguard that bases itself on a scientific approach to these questionsÂ and to every other decisive questionÂ a vanguard in which everybody contributes and struggles with each other on the basis of striving to grasp that scientific approach..." he asserts.

Later in the book he returns to this proposition, providing a more explicit example, using an analogy from basketball. On a basketball team there are the stars, the Carmelo Anthonys, who want the ball in crunch time when the game is on the line. " These are the ones who not only soar to great heights themselves but in so doing raise the level of their team as a whole," he writes. " Why shouldn't the advanced forces of proletarian revolution those who have the most profound interest in this revolution and the most profound desire for revolution why shouldn t they be capable of this kind of greatness?"

Avakian and his comrades certainly express this profound desire for revolution and have been no less than resolute and determined to see that day when capitalism, racism, and imperialism have been cast to the dustbin of history.

BAsics, in short, is a fundamental primer on revolution and into the imaginative and gifted political mind of Bob Avakian...

(This review first appeared on the website of Black Star News.)