END_OF_DOCUMENT_TOKEN_TO_BE_REPLACED

Darwin's Apostles: The Men Who Fought to Have Evolution Accepted, Their Times, and How the Battle Continues (Paperback) 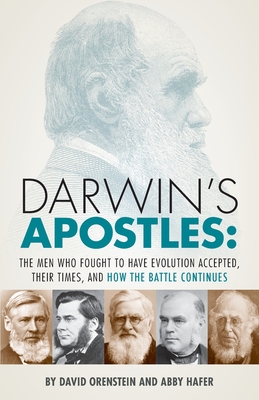 When Darwin finally published The Origin of Species in 1859, there was no guarantee that the grand theory of natural selection would become one of the most valuable ideas impacting biology and our modernity. It was so controversial that some disapproving scientists, many in the Church, and powerful others worked to stop it from becoming known and accepted.

This is the story of Darwin, his life, times, and some of the brave scientists who supported and advocated for him at the birth of the scientific revolution.