Preaching from a Pulpit of Bones: We Need Morality but Not Traditional Morality (Paperback) 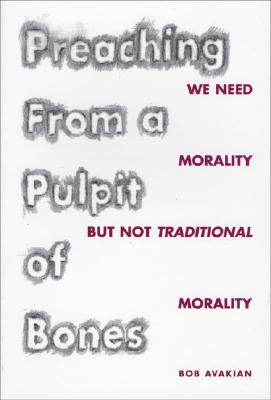 Preaching from a Pulpit of Bones: We Need Morality but Not Traditional Morality (Paperback)


On Our Shelves Now
This provocative book includes a scathing refutation of the reality behind conservative Christian fundamentalist morality, a critical look at the limitations of "liberation theology," and a new perspective on morality.

The above is excerpted from Bob Avakian (BA)–Official Biography, a publication of The Bob Avakian Institute.
“A social analysis that is clear and systematic but not ‘cold’—a Marxism with heart.”   —Bill Martin, professor of philosophy, DePaul University

“[A] vital book which those of us of religious faith need to hear and to which we need to respond.”   —Reverend George W. Webber, professor of Urban Ministry and President Emeritus, New York Theological Seminary