Song for His Disappeared Love/Canto a Su Amor Desaparecido (Paperback) 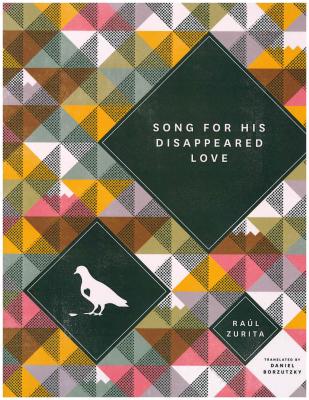 Song for His Disappeared Love/Canto a Su Amor Desaparecido (Paperback)


On Our Shelves Now
Poetry. Latino/Latina Studies. Bilingual Edition. Translated from the Spanish by Daniel Borzutzky. I sang the song of the old concrete sheds. It was filled with hundreds of niches, one over the other. There is a country in each one; they're like boys, they're dead. In this landmark poem, written at the height of the Pinochet dictatorship, major Chilean poet Raul Zurita protests with ferocious invention the extinguishment of a generation and the brutalization of a nation. Of the role of poetry and of his own treatment by the military under this regime, Zurita has said, You see, the only thing that told me that I wasn't crazy, that I wasn't living in a nightmare, was this file of poems, and then when they threw them into the sea, then I understood exactly what was happening. This elegy refuses to be an elegy, refuses to let the Disappeared disappear.