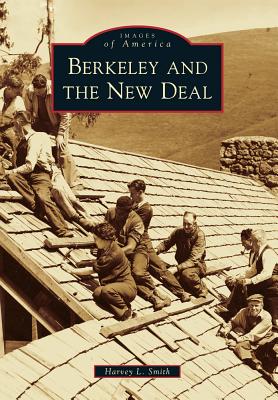 
On Our Shelves Now
Berkeley's 1930s and early 1940s New Deal structures and projects left a lasting legacy of utilitarian and beautiful infrastructure. These public buildings, schools, parks, and artworks helped shape the city and thus the lives of its residents; it is hard to imagine Berkeley without them. The artists and architects of these projects mention several themes: working for the community, responsibility, the importance of government support, collaboration, and creating a cultural renaissance. These New Deal projects, however, can be called hidden history because their legacies have been mostly ignored and forgotten. Comprehending the impact of the New Deal on one American city is only possible when viewed as a whole. Berkeley might have gotten a little more or a little less New Deal funding than other towns, but this time it wasn t Bezerkeley but very much typical and mainstream. More than history, this book shows the period's relevance to today's social, political, and economic realities. The times may again call for comprehensive public policy that reaches Main Street.