The Life and Times of Elijah Muhammad (Paperback) 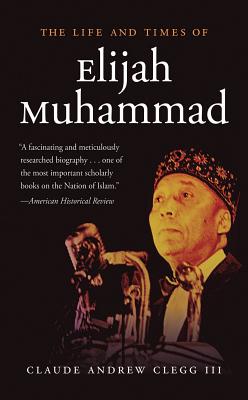 The Life and Times of Elijah Muhammad (Paperback)

By III Clegg, Claude Andrew
List Price: $32.50
Our Price: $29.95
(Save: $2.55 8%)
On Our Shelves Now
Elijah Muhammad (1897-1975) was one of the most significant and controversial black leaders of the twentieth century. His followers called him the Messenger of Allah, while his critics labeled him a teacher of hate. Southern by birth, Muhammad moved north, eventually serving as the influential head of the Nation of Islam for over forty years. Claude Clegg III not only chronicles Muhammad's life, but also examines the history of American black nationalists and the relationship between Islam and the African American experience.

In this authoritative biography, which also covers half a century of the evolution of the Nation of Islam, Clegg charts Muhammad's early life, his brush with Jim Crow in the South, his rise to leadership of the Nation of Islam, and his tumultuous relationship with Malcolm X. Clegg is the first biographer to weave together speeches and published works by Muhammad, as well as delving into declassified government documents, insider accounts, audio and video records, and interviews, producing the definitive account of an extraordinary man and his legacy.
Claude Clegg III teaches history at Indiana University at Bloomington. He is the author of The Price of Liberty: African Americans and the Making of Liberia.