END_OF_DOCUMENT_TOKEN_TO_BE_REPLACED

Stop Signs: Cars and Capitalism on the Road to Economic, Social and Ecological Decay (Paperback) 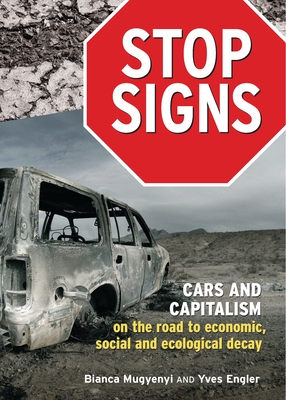 Focusing on how cities have been torn down and remade based on the needs of the automobile and wars are fought to keep fuel tanks filled, this consideration looks closely at the country's obsession with cars. The argument contends that the automobile's ascendance is inextricably linked to several factors--from capitalism and involved corporate malfeasance to political intrigue, backroom payoffs, and media manipulation. The discussion also cites the elements of racism, academic corruption, third world coups, secret armies, environmental destruction, and even war, stating that when the domination of cars is challenged, capitalism is as well. Comparing studies in more than a dozen U.S. cities, this gritty, anti-car, road-trip story provides a unique observation for all those who wish to escape the clutches of auto insanity.

Yves Engler is an activist and the author of The Black Book on Canadian Foreign Policy and Canada and Israel: Building Apartheid. He is the coauthor of Canada in Haiti: Waging War on the Poor Majority. Bianca Mugyenyi is the coordinator of the Gender Advisory Center and a former vice president of the Student Union at Concordia University-Montreal. They both live in Montreal, Quebec.