END_OF_DOCUMENT_TOKEN_TO_BE_REPLACED

The Assassination of Fred Hampton: How the FBI and the Chicago Police Murdered a Black Panther (Hardcover) 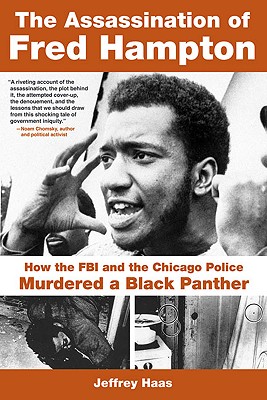 It's around 7:00 A.M. on December 4, 1969, and attorney Jeff Haas is in a police lockup in Chicago, interviewing Fred Hampton's fiancee. She is describing how the police pulled her from the room as Fred lay unconscious on their bed. She heard one officer say, He's still alive. She then heard two shots. A second officer said, He's good and dead now. She looks at Jeff and asks, What can you do? The Assassination of Fred Hampton is Haas's personal account of how he and People's Law Office partner Flint Taylor pursued Hampton's assassins, ultimately prevailing over unlimited government resources and FBI conspiracy. Not only a story of justice delivered, the book puts Hampton in a new light as a dynamic community leader and an inspiration in the fight against injustice.

Jeffrey Haas is an attorney andcofounder of the People's Law Office, whose clients included the Black Panthers, Students for a Democratic Society, community activists, and a large number of those opposed to the Vietnam War. He has handled cases involving prisoners' rights, Puerto Rican nationalists, protestors opposed to human rights violations in Central America, police torture, and the wrongfully accused."

"A riveting account of the assassination, the plot behind it, the attempted cover-up, the denouement, and the lessons that we should draw from this shocking tale of government iniquity."  Noam Chomsky, author and political activist

"People should not forget that State's Attorney Hanrahan, the Chicago Police, and the FBI murdered my son. This book tells the story, not only of Fred’s death, but also of his life. At twenty-one Fred was already a great leader. Who knows what he may have become, if they hadn’t killed him?"  Iberia Hampton, mother of Fred Hampton

"A true crime story and legal thriller, this powerful account puts together all the pieces, step by step, giving us the anatomy of a despicable episode in recent American history. The writing is clear and straightforward; the overall impact devastating."  Phillip Lopate, author, Getting Personal