A View from the Mangrove (Paperback) 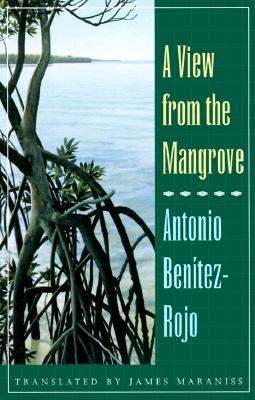 A View from the Mangrove (Paperback)

By Hilda Otano Benitez, James Maraniss
List Price: $25.95
Our Price: $17.95
(Save: $8.00 31%)
On Our Shelves Now
In this masterful collection of short stories, a celebrated Cuban writer continues his imaginative exploration of the genesis of the modern Caribbean world. Intent on recovering the interior history (la infra-historia) of this astonishingly diverse region, Antonio Benítez-Rojo ranges widely across time and geography. He also experiments with a variety of narrative techniques and prose styles, each intended to capture some unique aspect of the Caribbean's heterogeneous, polyrhythmic cultural heritage. Thus "The Broken Flute" centers on a tragic anthropological reflection; "Windward Passage" on the confessions of a guilty priest stationed in Hispaniola; "Summer Island" on events surrounding the colonization of St. Kitts; and "A View from the Mangrove" on the troubled days of a soldier during Cuba's War of Independence. The result is historical fiction of the first order, a vivid tapestry of characters and contexts. Whether describing the world through the eyes of a seventeenth-century African slave or an English slave trader, a French buccaneer or a Spanish official, an Aztec god's avatar or a Haitian grand blanc, Benítez-Rojo displays a rare gift for resurrecting the past in all its chaotic and compelling immediacy.
Former director of the Center for Caribbean Studies at Casa de las Americas in Cuba, Antonio Benítez-Rojo is the Thomas B. Walton, Jr., Memorial Professor at Amherst College. James Maraniss is professor of Spanish at Amherst College and author of On Calderón. Benitez-Rojo and Maraniss also collaborated on the novel Sea of Lentils (University of Massachusetts Press, 1990), which was named a Notable Book of the Year by the New York Times Book Review.
"Benítez-Rojo has an extraordinary talent for sensing the drama of those turning points that have shaped, even determined, Caribbean history. He is a master story-teller, and deserves a place among the best of contemporary Latin American writers."—Adriana Méndez Rodenas, author of Gender and Nationalism Colonial Cuba: The Travels of Santa Cruz y Montalvo, Condesa de Merlin "The Repeating Island established Benítez-Rojo as the Caribbean's most formidable critic practicing on this continent. Sea of Lentils alongside this new collection shows he is in the first rank of fiction writers."—Fred D'Aguiar, author of Dear Future "A collection of 11 densely written, impressively imagined, and detailed stories depicting the colonial history of several Latin American countries. . . . A brilliant book."—Kirkus Reviews "Benitez-Rojo chronicles events of unremitting and often unspeakable horror--slave trading, invasions, mutinies, rebellions, murders. His stories are dense with disaster and rich in description. . . . In Benitiz-Rojo's view, the truth is often more contradictory and confusing than fiction, and in both it is difficult to tell the defeats from the triumphs, the pious from the godless, the honorable from the unworthy."—New York Times Book Review "A View from the Mangrove remains a thrilling piece, replete with passion, excitement, and lore, and marks Benitez-Rojo as a skilled and sophisticated storyteller. Readers will simultaneously battle some of the bleak narratives of the characters while succumbing to the magic of these tales. They cannot leave the experience until the last piece has ended. Benitez-Rojo humbles us with the history that is the Caribbean, but lets us appreciate the view from the mangrove, the beach, and beyond."—ForeWord "Benitez-Rojo's stories in A View from the Mangrove evoke a world that is rich and strange yet familiar to the heart. The last story especially, 'Marina,' is absolutely memorable and the expert translation by James Mariniss is every bit as lyrical and eloquent as each story requires."—Robert Stone