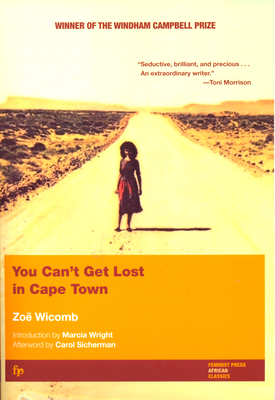 In this searing novel--praised by Toni Morrison as "seductive, brilliant, and precious"--Zo Wicomb chronicles a woman's lifelong struggle with identity in apartheid-era South Africa.

The daughter of "Coloured" parents in rural South Africa, Frieda Shenton is taught to emulate whites: speak standard English, straighten her hair, and do more than, as her father instructs, "peg out the madam's washing." While a self-conscious and overweight adolescent, Frieda is sent away to be among the first to integrate a prestigious Anglican high school in Cape Town. Here, she discovers a city with racial lines so strictly drawn, it is impossible to step out of one's place.

When Frieda returns to Cape Town after more than a decade in England, she finds herself in the midst of a violently rebelling city--seemingly still without a place for her. Only as Frieda summons the courage to tell her "terrible stories" does she begin to find herself in a world where she has always felt in exile.

In You Can't Get Lost in Cape Town, Windham Campbell Prize winner Zo Wicomb stakes her claim as one of South Africa's great contemporary writers, illuminating for readers "a bleak but wise perspective on people and on the South African world" (The Wall Street Journal).