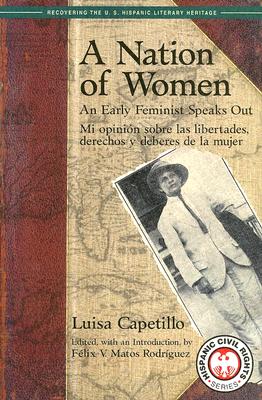 
On Our Shelves Now
Cultural Writing. Political Writing. Latino/ Latina Studies. Luisa Capetillo is best known in popular culture as the first woman to wear men's trousers. The splash of recognition following her arrest and acquittal for her choice of clothing in 1915 overshadows her significant contributions to the women's movement and the anarchist labor movements, both in her native Puerto Rico and in the migrant labor belt that stretched along the Eastern United States, from Tampa to New York. This volume combines a facsimile of the original Spanish edition with the first English translation of Capetillo's landmark MI OPINION SOBRE LAS LIBERTADES, DERECHOS Y DEBERES DE LA MUJER, originally published in Spanish in 1911. MI OPINION is considered by many to be the first feminist treatise in Puerto Rico and one of the first in Latin America and the Caribbean.