Century of War: Politics, Conflicts, and Society Since 1914 (Paperback) 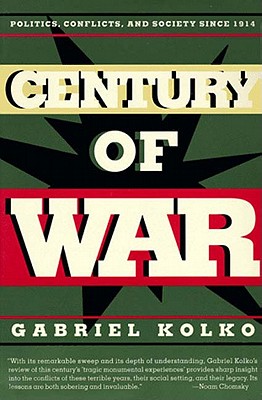 Century of War: Politics, Conflicts, and Society Since 1914 (Paperback)

Over the last three decades the historian Gabriel Kolko has redefined the way we look at modern warfare and its social and political effects. Century of War gives us a masterly synthesis of the effects of war on civilian populations and the political results of these traumatizing experiences in the twentieth century.

Gabriel Kolko (1932-2014) was Distinguished Research Professor Emeritus at York University in Toronto. He was the author of Anatomy of War, Century of War, and Another Century of War?, all available from The New Press.