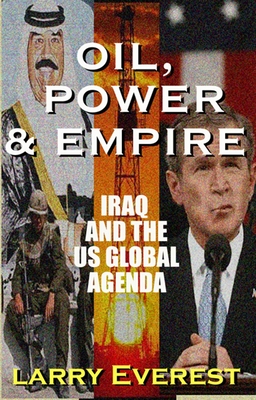 Is the U.S. poised to topple Saddam -because of his taste for biological and other weapons of mass destruction? Is it George Jr.'s revenge for his father? This tightly written book reveals the agenda behind the U.S. moves and why now. Including an overview of history, this book is timeless and timely.

Larry Everest is a correspondent for the Revolutionary Worker newspaper and author of Behind the Poison Cloud: Union Carbide's Bhopal Massacre. He has reported from the Iran, the West Bank, Gaza, India, and Iraq, and his articles have appeared in publications across the U.S. In 1991 he traveled to Iraq and shot the video Iraq: War Against the People. He currently lives in Berkeley, California.