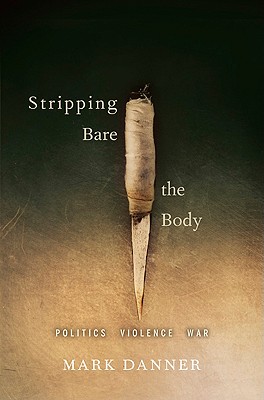 
On Our Shelves Now
For the past two decades, Mark Danner has reported from Latin America, Haiti, the Balkans, and the Middle East. His perceptive, award-winning dispatches have not only explored the real consequences of American engagement with the world, but also the relationship between political violence and power. In Stripping Bare the Body, Danner brings together his best reporting from the world's most troubled regions--from the fall of the Duvalier dictatorship in Haiti to the tumultuous rise of Aristide; from the onset of the Balkan Wars to the painful fragmentation of Yugoslavia; and finally to the disastrous invasion of Iraq and the radical, destructive legacy of the Bush administration.

At a time when American imperial power is in decline, there has never been a more compelling moment to read these urgent, fiercely intelligent reports.

Mark Danner was for many years a staff writer at The New Yorker and contributes frequently to the New York Review of Books, the New York Times Magazine, and other publications. The author of The Massacre at El Mozote, Torture and Truth, and The Short Way to War, he is the recipient of a National Magazine Award, three Overseas Press Awards, and a MacArthur Fellowship. He lives in San Francisco and New York City.www.markdanner.com

from the Foreword by Louis Begley, author of Wartime Lies, About Schmidt and Why the Dreyfus Affair Matters
“The publication of Stripping Bare the Body is a timely act of public service and a literary event, bringing together Mark Danner’s luminously intelligent and engaging narratives and stories from the world's war zones…they are both a moral history of America’s engagement with the world over the last generation and an account of a twenty-three years’ journey through hell on earth by an ideal observer: Danner is endowed with a passion for truth, great physical courage, a muscular writing style, and a heart as big as a barn.”

Dave Eggers, author of Zeitoun and What Is the What
"There's probably no one alive who understands political conflict and upheaval better than Mark Danner, and there is almost certainly no one who writes more eloquently about it. Stripping Bare the Body is an unmitigated masterpiece of reporting and analysis."

Michael Pollan, author, The Botany of Desire, The Omnivore's Dilemma and In Defense of Food
“The publication of Mark Danner’s Stripping Bear the Body is a big deal -- an event. Why? Because Danner’s writing over the past three decades, taken together, forms a definitive, and absolutely riveting, chronicle of the dark side of the post-cold-war world, from Haiti to Abu Ghraib and beyond. No other writer we have combines brilliant and courageous reporting with brilliant and courageous political and moral thinking as Danner does. He is also, first and last, a breathtakingly good writer. For anyone who cares about the fate of our foreign policy and our republic and, indeed, the human condition, Stripping Bare the Body is a touchstone book. “

Adam Hochschild, author of King Leopold’s Ghost and Bury the Chains
"Mark Danner has truly chronicled what Conrad, in Heart of Darkness, called 'the dark places of the earth,' some of which are uncomfortably close to home. He has returned with tales to tell that are vivid, eloquent, heartbreaking and show a steady moral compass. This extraordinary book will long endure, and should be bedside reading for President Obama."

Andrew J. Bacevich, author of The Limits of Power: The End of American Exceptionalism
"With this vivid and deeply disturbing book, Mark Danner affirms his standing as our preeminent guide to the world's broken places, littered with the detritus of American carelessness and delusions.”

Ron Suskind, Pulitzer-prize winner and author, The Way of the World
“Mark Danner is leading journalism's improbable Renaissance -- showing, page after page, that the elegantly reasoned argument, supported by indisputable facts and presented with passion and ingenuity, can still hone ideals into a sharp sword of action. This book is must-reading for anyone who hopes to understand our era of peril and possibility.”