A World I Loved: The Story of an Arab Woman (Paperback) 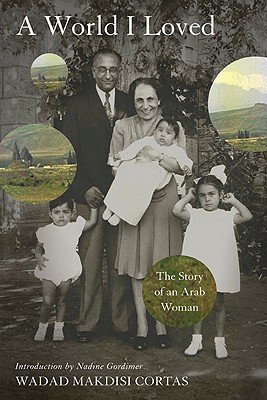 A World I Loved: The Story of an Arab Woman (Paperback)

By Wadad Makdisi Cortas
List Price: $16.99
Our Price: $14.95
(Save: $2.04 12%)
On Our Shelves Now
"This is my story, the story of an Arab woman. It is the story of a lost world. It begins in 1917, in Lebanon, when I was seven years old." So opens this haunting memoir by Wadad Makdisi Cortas, who eloquently describes her personal experience of the events that have fractured the Middle East over the past century.

Through Cortas' eyes we experience life in Lebanon under the oppressive French mandate, and her desire to forge an Arab identity based on religious tolerance. We learn of her dedication to the education of women, and the difficulties that she overcomes to become the principal of a school in Lebanon. And in final, heartbreaking detail, we watch as her world becomes rent by the "Palestine question," Western interference, and civil war.

The World I Loved is both an elegy on Lebanon and her people, and the unforgettable story of one woman's journey from hope to sorrow as she bears painful witness to the undoing of her beloved country by sectarian and religious division.
Wadad Makdisi Cortas was the principal of the Ahliah National School for Girls in Lebanon for twenty-six years, and the mother of four children, including Mariam Said, wife of Edward Said. Wadad Makdisi Cortas died in 1979.