A Floating City of Peasants: The Great Migration in Contemporary China (Hardcover) 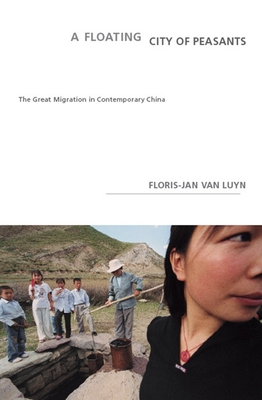 A Floating City of Peasants: The Great Migration in Contemporary China (Hardcover)

The largest human migration in history is taking place in China today--incredibly, off the radar of the world's major media. Since the 1990s, at least 120 million Chinese peasants have left the countryside for big cities to work in factories, on construction sites, in catering and prostitution--typically without even the most basic rights or protections.

In A Floating City of Peasants, Floris-Jan van Luyn--who spent six years reporting from China for a daily newspaper--relates the remarkable tales of migrant workers who have helped fuel the explosive growth of the People's Republic. In a series of a dozen remarkably intimate portraits illuminated by wide-ranging reporting, we meet Xiao Li, a prostitute, who sends her little girl to the best school in Chongqing; Chunming who stole money from his parents to pay for the long trip to Beijing and found work on a garbage dump; L song, who campaigned for a village school and against corrupt government employees and, as a result, was tortured almost to death; and others with equally gripping stories.

Revealing the dark side of the Chinese economic miracle in words and striking pictures, this book documents an historic turning point in the life of the modern world.

From 1995 to 2001, Floris-Jan van Luyn was the China correspondent for the Dutch daily newspaper NRC Handelsblad. He studied history and Chinese in Leiden, Taipei, and Beijing before becoming a journalist and a filmmaker. He lives in The Hague, Netherlands.