Pretensions to Empire: Notes on the Criminal Folly of the Bush Administration (Paperback) 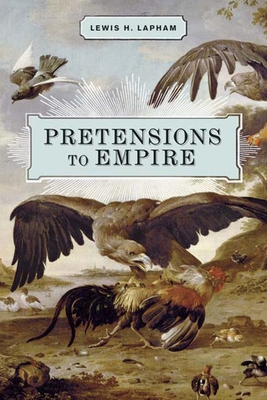 Pretensions to Empire: Notes on the Criminal Folly of the Bush Administration (Paperback)

Pretensions to Empire brings together Lewis Lapham's recent political commentaries from his National Magazine Award-winning Harper's Notebook column, beginning with the invasion of Iraq in March 2003 and culminating in Lapham's eloquent (and widely cited) case for the impeachment of George W. Bush.

Written in the highly literate and self-assured style (Publishers Weekly) that has earned Lapham a large and devoted readership, the pieces in this collection provide not only a critical perspective on Bush's presidency--helping us understand what happened and how it happened--but also vital new information and research, including a brilliant dissection of the Republican propaganda mill's octopus-like network and its role in the neoconservative ascent to power. As Lapham writes in the book's preface, these essays describe a march of folly, establish a record of moral incompetence and criminal intent, speak to the character of a government stupefied by its worship of money and blinded by its belief in miracles.

Elegant and erudite, Pretensions to Empire is a rousing indictment of a stumbling political regime from the loquacious lion of the literary left (Mother Jones).

Lewis Lapham is the editor of Lapham's Quarterly. Formerly the editor of Harper's Magazine, he is the author of several books, including Money and Class in America, Theater of War (The New Press), Gag Rule, and Pretensions to Empire (The New Press). He lives in New York City.