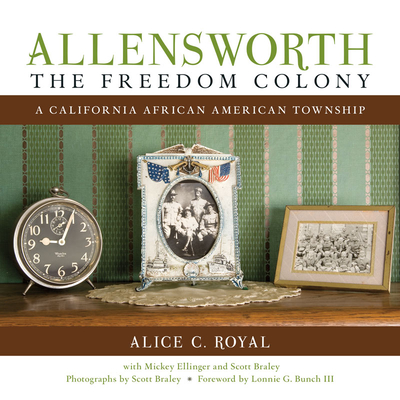 By Alice C. Royal, Mickey Ellinger (With), Scott Braley (With)


On Our Shelves Now
In 1908, an escaped slave turned army officer named Colonel Allen Allensworth founded a small town in California's Central Valley where African Americans could thrive. Over the next decade some three hundred Black pioneers established a self-sufficient farming community with its own school, church, businesses, and municipal government. Although the community only flourished for a handful of years, it nonetheless became a symbol of the possibility of a fairer America in the era of Jim Crow. In words and photographs, Allensworth, the Freedom Colony tells the story of this town from its beginnings to the creation of Colonel Allensworth State Historic Park. The voices of former Allensworth residents are prominently featured throughout a narrative expertly woven by Alice C. Royal--one of the last people to be born in the community--and writer/photographer team Mickey Ellinger and Scott Braley. This updated edition features a beautiful new cover and a publisher's note from Malcolm Margolin.