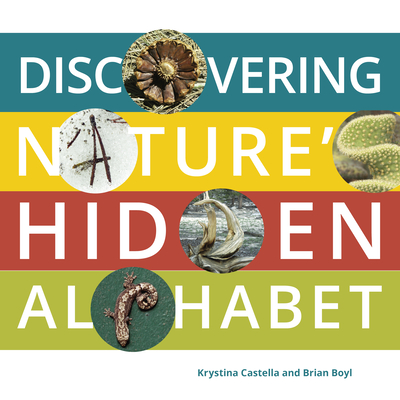 
On Our Shelves Now
With imagination and a little practice, you can find the shapes of the alphabet all throughout the natural world. New from the coauthors of Heyday's best-selling Discovering Nature's Alphabet, this adventurous ABC picture book takes readers on a rollicking quest through bamboo groves, across vast deserts, and to the edge of the ocean in search of each letter. Every featured photograph contains at least one letter hidden within the spectacular scene; a zoom-in on the following page reveals one potential solution with a fun fact about the animal, plant, insect, or phenomenon in focus. The coauthors also give tips for playing the hidden alphabet game anywhere. Whether pausing to appreciate the letter M floating in the reflection of an alpine lake or finding the letter B in the patterns of a butterfly's wing, Discovering Nature's Hidden Alphabet revels in the breathtaking richness of our surroundings, and invites us to do the same.