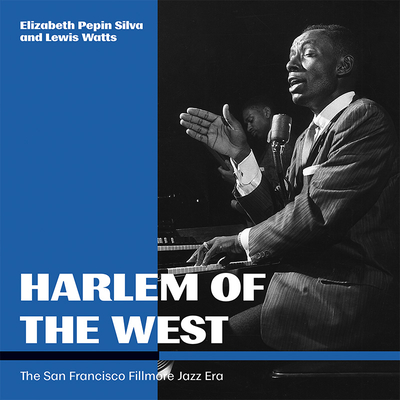 
On Our Shelves Now
In the 1940s and 50s, a jazz aficionado could find paradise in the nightclubs of San Francisco's Fillmore District: Billie Holiday sang at the Champagne Supper Club; Chet Baker and Dexter Gordon jammed with the house band at Bop City; and T-Bone Walker rubbed shoulders with the locals at the bar of Texas Playhouse. The Fillmore was one of the few neighborhoods in the Bay Area where people of color could go for entertainment, and so many legendary African American musicians performed there for friends and family that the neighborhood was known as the Harlem of the West. Over a dozen clubs dotted the twenty-block radius. Filling out the streets were restaurants, pool halls, theaters, and stores, many of them owned and run by African Americans, Japanese Americans, and Filipino Americans. The entire neighborhood was a giant multicultural party pulsing with excitement and music. In 220 lovingly restored images and oral accounts from residents and musicians, Harlem of the West captures a joyful, exciting time in San Francisco, taking readers through an all-but-forgotten multicultural neighborhood and revealing a momentous part of the country's African American musical heritage.