Not in Our Genes: Biology, Ideology, and Human Nature (Paperback) 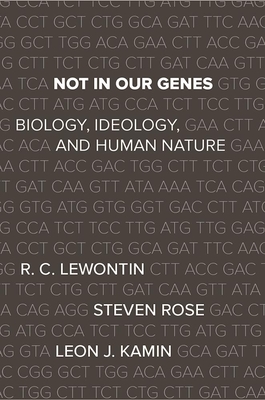 Not in Our Genes: Biology, Ideology, and Human Nature (Paperback)

The authors argue persuasively that biological explanations for why we act as we do are based on faulty (in some cases, fabricated) data and wild speculation. . . . It is debunking at its best.--Psychology Today

Not in our Genes systematically exposes and dismantles the claims that inequalities--class, race, gender--are the products of biological, genetic inheritances.

Richard Lewontin was an American evolutionary biologist, geneticist, academic and social commentator. Lewontin was a leader in developing the mathematical basis of population genetics and evolutionary theory, he pioneered the application of techniques from molecular biology, to questions of genetic variation.Steven Rose is emeritus Professor of Biology and Neurobiology at the Open University and Gresham College, London.