END_OF_DOCUMENT_TOKEN_TO_BE_REPLACED

In the Shadows of the American Century: The Rise and Decline of US Global Power (Dispatch Books) (Paperback) 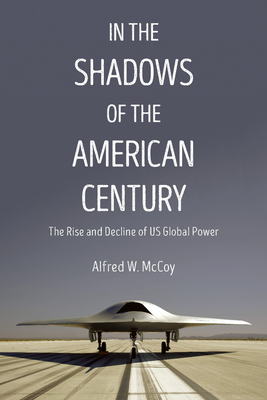 In a completely original analysis, prize-winning historian Alfred W. McCoy explores America's rise as a world power--from the 1890s through the Cold War--and its bid to extend its hegemony deep into the twenty-first century through a fusion of cyberwar, space warfare, trade pacts, and military alliances. McCoy then analyzes the marquee instruments of US hegemony--covert intervention, client elites, psychological torture, and worldwide surveillance. Peeling back layers of secrecy, McCoy exposes a military and economic battle for global domination fought in the shadows, largely unknown to those outside the highest rungs of power. Can the United States extend the "American Century" or will China guide the globe for the next hundred years? McCoy devotes his final chapter to these questions, boldly laying out a series of scenarios that could lead to the end of Washington's world domination by 2030.

Alfred McCoy holds the Harrington Chair in History at the University of Wisconsin-Madison. His 2009 book Policing America's Empire won the Kahin Prize from the Association for Asian Studies. In 2012, Yale University awarded him the Wilbur Cross Medal for work as "one of the world's leading historians of Southeast Asia and an expert on...international political surveillance."