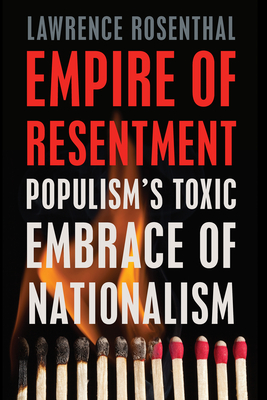 From a leading scholar on conservatism, the extraordinary chronicle of how the transformation of the American far right made the Trump presidency possible--and what it portends for the future

Since Trump's victory and the UK's Brexit vote, much of the commentary on the populist epidemic has focused on the emergence of populism. But, Lawrence Rosenthal argues, what is happening globally is not the emergence but the transformation of right-wing populism.

Rosenthal, the founder of UC Berkeley's Center for Right-Wing Studies, suggests right-wing populism is a protean force whose prime mover is the resentment felt toward perceived cultural elites, and whose abiding feature is its ideological flexibility, which now takes the form of xenophobic nationalism. In 2016, American right-wing populists migrated from the free marketeering Tea Party to Donald Trump's hard hat, anti-immigrant, America-First nationalism. This was the most important single factor in Trump's electoral victory and it has been at work across the globe. In Italy, for example, the Northern League reinvented itself in 2018 as an all-Italy party, switching its fury from southerners to immigrants, and came to power.

Rosenthal paints a vivid sociological, political, and psychological picture of the transnational quality of this movement, which is now in power in at least a dozen countries, creating a de facto Nationalist International. In America and abroad, the current mobilization of right-wing populism has given life to long marginalized threats like white supremacy. The future of democratic politics in the United States and abroad depends on whether the liberal and left parties have the political capacity to mobilize with a progressive agenda of their own.

Dr. Lawrence Rosenthal is chair and lead researcher of the Berkeley Center for Right-Wing Studies. He has taught at the University of California, Berkeley, in the sociology and Italian studies departments and was a Fulbright Professor at the University of Naples in Italy. He lives in Berkeley.