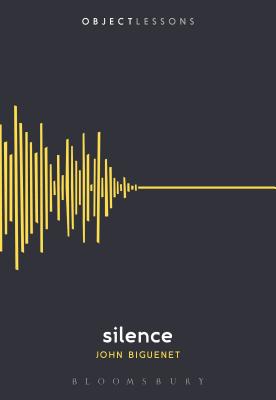 Object Lessons is a series of short, beautifully designed books about the hidden lives of ordinary things.

What is silence? In a series of short meditations, novelist and playwright John Biguenet considers silence as a servant of power, as a lie, as a punishment, as the voice of God, as a terrorist's final weapon, as a luxury good, as the reason for torture-in short, as an object we both do and do not recognize. Concluding with the prospects for its future in a world burgeoning with noise, Biguenet asks whether we should desire or fear silence-or if it is even ours to choose. Object Lessons is published in partnership with an essay series in The Atlantic.
John Biguenet is Robert Hunter Distinguished University Professor at Loyola University, New Orleans, USA. His publications include Oyster (Ecco/HarperCollins Publishers, 2002), The Torturer's Apprentice: Stories (Ecco/HarperCollins Publishers, 2001), Theories of Translation: An Anthology of Essays from Dryden to Derrida (co-editor with Rainer Schulte, University of Chicago Press, 1992), and Foreign Fictions (Random House/Vintage, 1978). He served as the first guest columnist of The New York Times (2005-2006). He has received an O. Henry Award for short fiction, and his nonfiction, poetry, fiction and plays have appeared in such magazines as Granta, Esquire, Oxford American, and Playboy. He has twice been elected president of the American Literary Translators Association.