Border Vigils: Keeping Migrants Out of the Rich World (Paperback) 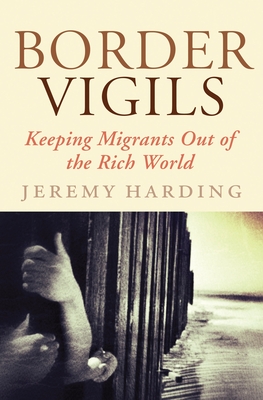 Border Vigils: Keeping Migrants Out of the Rich World (Paperback)


On Our Shelves Now
Ours is an era marked by extraordinary human migrations, with some 200 million people alive today having moved from their country of origin. The political reaction in Europe and the United States has been to raise the drawbridge: immigrant workers are needed, but no longer welcome. So migrants die in trucks or drown en route; they are murdered in smuggling operations or ruthlessly exploited in illegal businesses that make it impossible for the abused to seek police help. More than 15,000 people have died in the last twenty years trying to circumvent European entry restrictions.

In this beautifully written book, Jeremy Harding draws haunting portraits of the migrants – and anti-immigrant zealots – he encountered in his investigations in Europe and on the US–Mexico border. Harding’s painstaking research and global perspective identify the common characteristics of immigration policy across the rich world and raise pressing questions about the future of national boundaries and universal values.
Jeremy Harding is a contributing editor at the London Review of Books. His books include The Uninvited: Refugees at the Rich Man’s Gate, Small Wars, Small Mercies, and Mother Country.
“[A] tightly-coiled, unpredictable book ... Harding makes his ambitious, continent-crossing arguments in economical, sometimes elegant, usually understated prose.”—Andy Beckett, Guardian

“Beyond its investigative insight, Border Vigils is also a groundbreaking chronicle of migrant voices rarely heard. Ranging from the southern shores of Italy and the backstreets of England to the embattled US–Mexico front line, Harding’s brilliant work could not be more timely—and timeless.”—Jeff Biggers, author of State Out of the Union: Arizona and the Final Showdown Over the American Dream