END_OF_DOCUMENT_TOKEN_TO_BE_REPLACED

The Passion of Bradley Manning: The Story Behind the Wikileaks Whistleblower (Paperback) 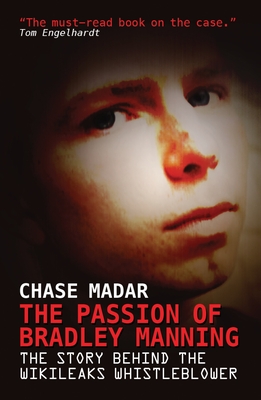 Bradley Manning was arrested, imprisoned in solitary confinement for nine months, and court-martialed for leaking nearly half a million classified government documents, including the infamous “Collateral Murder” gunsight video. He was an intelligence analyst in the US Army’s 10th Mountain Division, is twenty-four, and comes from Crescent, Oklahoma.

But who is Private First Class Bradley Manning? Why did he commit the largest security breach in American history—and why was it so easy? In this book, the astonishing leaks attributed to Bradley Manning are viewed from many angles, from Tunisia to Guantánamo Bay, from Foggy Bottom to Baghdad to small-town Oklahoma. Around the world, the eloquent act of one young man obliges citizens to ask themselves if they have the right to know what their government is doing.

Chase Madar is a lawyer in New York and a contributor to the London Review of Books and Le Monde diplomatique.

“As this fine and important study reports, Bradley Manning holds to the principle that ‘it’s important the public should know what its government is doing.’ Release of the Wikileaks documents has been a courageous and important service to this cause.” —Noam Chomsky

“Time after time, patriotic whistleblowers like Bradley Manning are fired, shunned, or prosecuted, despite their heroic efforts to protect the public from a secretive government’s illegal activities. It’s time to do what we can to protect these brave souls, and reading Chase Madar’s fine book is an excellent start.” —Former US Senator James Abourezk

“The mistreatment, trial, and fate of Private Bradley Manning will undoubtedly read like an obituary on the Obama years. His case is a crucial one, and Chase Madar turned his sharp eye on it early. This is the single must-read book on the case.” —Tom Engelhardt, TomDispatch.com

“The Passion of Bradley Manning reminds us that it was James Madison himself who wrote that a popular government without popular information is but a prelude to tragedy or farce. Author and lawyer Chase Madar tells a great story that raises critical questions about the appropriate balance of government secrecy and national security in a modern democracy.” —Anthony D. Romero, Executive Director, American Civil Liberties Union

“The Passion of Bradley Manning ... tells the story of Manning both biographically and regarding Wikileaks and his imprisonment.” —Z Magazine