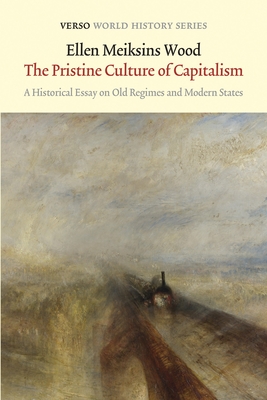 In this lively and wide-ranging book, Ellen Meiksins Wood argues that what is supposed to have epitomized bourgeois modernity, especially the emergence of a “modern” state and political culture in Continental Europe, signaled the persistence of pre-capitalist social property relations. Conversely, the absence of a “modern” state and political discourse in England testified to the presence of a well-developed capitalism. The fundamental flaws in the British economy are not just the symptoms of arrested development but the contradictions of the capitalist system itself. Britain today, Wood maintains, is the most thoroughly capitalist culture in Europe.
Ellen Meiksins Wood, for many years Professor of Political Science at York University, Toronto, is the author of many books, including Democracy Against Capitalism and, with Verso, The Pristine Culture of Capitalism, The Origin of Capitalism, Peasant-Citizen and Slave, Citizens to Lords, Empire of Capital and Liberty and Property.
“A breath of fresh air ... This book made me think about, and rethink, seventeenth-century English history more than any I have read in decades ... a pleasure to read.”
—Christopher Hill