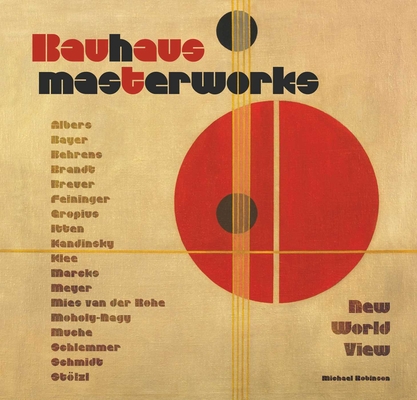 By Michael Robinson
List Price: $35.00
Our Price: $20.00
(Save: $15.00 43%)
On Our Shelves Now
Bauhaus inherited the mantle of beauty and craftsmanship from the Arts and Crafts movement of the late 19th Century but was founded on geometric principles, associated with Art Deco and firmly rooted in the challenge of modern production methods. Kandinsky, Klee, Franz Marc and Laszlo Moholy-Nagy taught at the Bauhaus school – created by Walter Gropius in 1919 and closed by the Nazis in the early 1930s – which influenced a wide range of design, from buildings to typography, furniture and painted forms. This luxurious new book explores the origins and extensive influence on the contemporary art and architecture.
Michael Robinson is a freelance lecturer and writer on British art and design history. Originally an art dealer with his own provincial gallery in Sussex, he entered academic life by way of a career change, having gained a first class honours and Masters degree at Kingston University. He is working on his doctorate, a study of early modernist period British dealers. He continues to lecture on British and French art of the Modern period.